The speech, exactly as it was delivered

I am delighted to welcome Prime Minister Szydło to Downing Street this afternoon and to offer the same warm hospitality as I received during my visit to Warsaw in July.

The relationship between Poland and the United Kingdom is important for both the prosperity and the security of our countries. And as the UK leaves the EU, I am determined to strengthen this partnership.

That is why we have held the first summit of its kind between our 2 countries today. It has been an opportunity to discuss how we can deepen our bilateral co-operation, to address shared security threats and to update the Prime Minister on the UK’s preparations for Brexit.

Let me say a few words on each.

The UK and Poland have been close allies in the EU and we plan to be even closer allies once the UK has left.

Poland is our leading trading partner in Central Europe – with bilateral trade worth £15 billion last year and UK exports to Poland doubling over the last decade.

Today, we have agreed to build on that solid basis of economic co-operation, with new initiatives to support small businesses. For example, our governments will bring together UK and Polish entrepreneurs to help them grow their companies by sharing best practice and expertise on areas such as regulation, technology and innovation.

We will also showcase our first-rate science and research collaboration with a partnership between Oxford University and Cardinal Stefan Wyszynski University in Warsaw to establish an academic centre of excellence in the field of cyber security.

We also want to strengthen ties between the people of Poland and the United Kingdom.

Just now, we welcomed members of the Polish community here to Downing Street and paid tribute to the significant contribution they make to our nation - from business to medicine, academia to the arts.

And we will go further by establishing a forum to bring together people from both our countries to celebrate and expand our close relationship, our shared values and our history – with the inaugural meeting set to take place in Warsaw next year.

We have also discussed how we can work together to keep our people safe.

As 2 leading players in NATO, we are both firmly committed to its role in providing security not just for our allies in Europe but around the world – whether that is helping to stop smugglers trafficking people across the Aegean or training Afghan forces so that they can prevent their country from becoming a safe haven for terrorists once again.

Today, we’ve talked about how we can deter Russian aggression by reinforcing Europe’s eastern flank. Following on from the commitment the United Kingdom made at the Warsaw summit in July to increase the number of troops deployed in Europe, I can today set out plans to deploy 150 troops from the Light Dragoons regiment in Catterick, as well as a number of armoured vehicles, to north-east Poland in April 2017.

We have also agreed to continue to work together to secure peace and stability in Ukraine and we both remain committed to maintaining sanctions on Russia until the Minsk agreements are fully implemented.

We have also discussed how we can step up our co-operation to respond to new and emerging threats, with increased collaboration between our law enforcement agencies to disrupt serious and organised crime and to combat modern slavery.

Looking to the future, we have agreed to work towards the first UK-Poland bilateral defence treaty and to strengthen ties between our defence industries, particularly through joint work on research and development, production and procurement.

Finally, I have updated the Prime Minister and her team on the work we are doing on Brexit.

Since we last met in July, the UK has made significant progress to prepare for the negotiations and I will trigger Article 50 before the end of March next year.

I have also reiterated my plan to guarantee the rights of Poles – and other Europeans - currently living in the UK so long as the rights of British citizens living across the EU are guaranteed. And I hope we can reach an early agreement on this issue, providing certainty for Polish citizens here and British people living in Europe.

So, this has been an excellent summit.

We are 2 leaders determined to make the most of the relationship between our countries.

I firmly believe that if we all approach Brexit in the same constructive and positive manner, then we can secure the right outcome for the United Kingdom and for our European neighbours too.

And as we embark on that new chapter, I look forward to further strengthening the relationship between the United Kingdom and Poland – two resolute and strategic allies working together for the benefit of both our countries.

Before I touch upon the details, I would like to thank for two very symbolic gestures that Madam Prime Minister made towards Poland, our country, and towards the Polish community. So first of all, thank you very much for accompanying me to lay flowers in front of the monument commemorating Polish pilots who lost their lives in the Battle of Britain fighting for the freedom of the United Kingdom but also for the freedom of Europe, for all of us. So thank you very much, thank you for having the reception and giving me an opportunity to talk to the veterans right in front of that monument.

I would also like to thank you for the support given by the British government to those members of the Polish community who suffered after the very sad incidents of hate crimes in the United Kingdom. You reacted immediately, and we continue working together in order to make sure that the Polish community in the UK is safe.

Our talks today focused on bilateral relations. The UK is an important strategic partner for Poland. There are many topics that pertain to the economy, to defence, and our mutual relationship in research, development, culture and the everyday life of our citizens in the United Kingdom. Those were very good talks, very down to earth. We spoke about plans for the future, we made commitments to each other. We are aware of the fact that the British government does not have such summits with many other partners, and we appreciate it very much that you have agreed to have this format. We spoke about economic relations, scientific cooperation, we spoke about the implementation of the decisions taken during the NATO summit in Warsaw.

So these are very specific decisions, very specific commitments and pledges that we will now translate into action. We have agreed to continue meeting within the next months, and we have also agreed for the intergovernmental consultations to be held on a regular basis. We shall meet again next year, and we hope for this to be an annual event that would give us an opportunity to discuss the most important matters pertaining to our bilateral relations.

Another topic discussed today was the matter of Brexit. This was not the most important topic, as we met here in London today focusing on the bilateral relations between Poland and the United Kingdom. However, Madam Prime Minister has told me about the steps currently taken by the UK as regards Brexit. I touched upon the matter that is the most important from our point of view: we want to make sure that as part of the negotiations, the guarantees are maintained for the Polish citizens who live and work in the United Kingdom. However, the negotiations on Brexit will take place between the EU and the UK. Poland will certainly take an active part in these negotiations and I would like to underline again that for Poland, the UK is a strategic partner and regardless of whether it is or it is not a member of the European Union, our bilateral relations, the relations that we give a new opening to during today’s summit will flourish and we hope to broaden and deepen these relations in the future.

So Madam Prime Minister, thank you very much for your hospitality. Thank you for hosting us here and I believe that this is a very positive sign for the months and years to come. Poland and the United Kingdom together will take up for important initiatives. 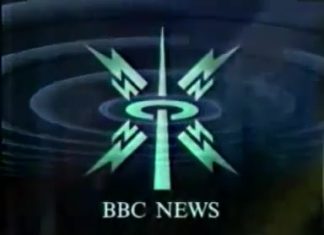 Blunder Years
Brexit Chronicles - 20/06/2019
The lead up to John Major winning the 1992 election John Major narrowly won the 1992 General Election for the Conservative Party. He tried to... 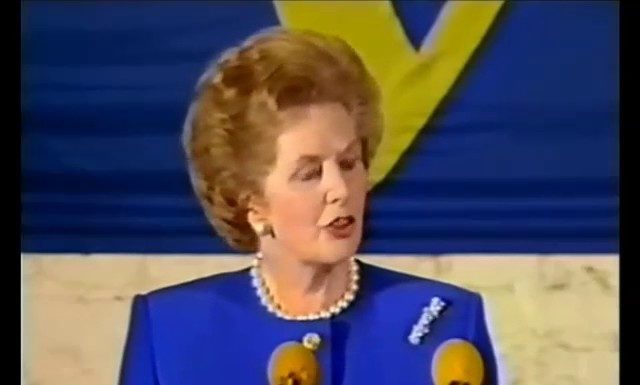