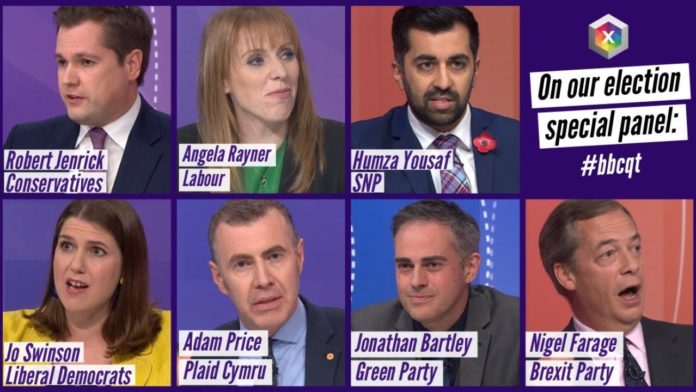 In the lead up to 31 January 2020, learn how we got where we are today by taking a look at what happened over the last 46 years leading up to Brexit with a serialisation of the Brexit Chronicles. Well researched and presented in an easy to understand format, gain a clear understanding of how successive leaders led the UK toward an ever closer union until the people said no twice.

Cancelling Brexit was Not as Easy as They Thought

In the run up to the 2019 election, most political parties were planning how they would cancel Brexit should they be elected into power. Particularly the Liberal Democrats were forging bold plans to simply cancel the 2016 referendum. One that saw 48% of people voting for remaining in the EU, compared to 52% voting to leave. Heading up the campaign to simply reverse this decision by the people was the recently crowned leader of the Liberal Democrats Jo Swinson who said there would be no second referendum on Brexit and no discussion. Swinson lost her seat to the SNP candidate Amy Callaghan by just 149 votes. This extreme position from Swinson fell short of a winning campaign strategy for becoming the next prime minister as polls suggested that Remainers still favour Labour as the remain party of choice. It might not be of any consequence that popularity for the Lib-Dems has been declining in recent weeks never achieving more than 15% in the polls. Jo Swinson didn’t have to win outright in order to change history. A hung Parliament as with the 2010 election could have seen the Lib-Dems forming a coalition Government this time with the Labour party.

Regardless of the spin from Labour who only wanted to talk about important things like climate change and increased NHS staffing, make no mistake; this was a Brexit election. As with the 2016 referendum, the Leave campaign were fighting an uphill struggle with only the Conservatives, the Brexit Party and the DUP in the leave camp.

The Liberal Democrats justifying their war cry of being the party who will Stop Brexit by saying that if they can form a majority government, they automatically have the mandate from the people to cancel Brexit. To this aim, a pact was agreed between the Welsh independence party Plaid Cymru (4 seats held), the Green Party (1 seat held) and the Liberal Democrats (reduced to 11 seats) not to contest seats where one party of the pact has the best chance of winning. This won’t really make much difference as the Labour party declined to relinquish any contenders.

All MPs from the smaller parties understand that it’s a two horse race and openly admit that they are not going to secure an overall majority. Their only hope is to become a powerbroker in the event of a hung parliament.

Consider how constituencies voted in the 2016 referendum. 406 constituencies voted to leave and only 242 wanted to remain. As some 80% of MPs were for remain it made it one of the most interesting elections of all time. The referendum result translated into election votes and the Conservatives had a landslide victory. The Brexit party who got no seats are probably the unsung hero’s falling on a sword to help their cause.

After watching parliament frustrate the Brexit process for three years it was certainly time to call an election. It is the will of the people that’s been defiled with MPs only paying lip service to democracy preferring to follow their own agenda.

When Jo Swinson declared that she could become the next prime minister she was mocked but said that stranger things have happened in politics. This extreme strategy for a party with only 21 (pre 2019 electioon) of 650 seats in parliament failed to boost their position. Talking only to those who voted for remain (48% of voters in the 2016 referendum) she represented the only party with a clear message on remaining in the EU.

How easy would it have been to cancel Brexit?

With the majority of those people pre 2019 election shouting for remain it would have meant cancelling Brexit first if they got into power after the election.

Parliament voted six times to block an in-out referendum. Even after Cameron gave his speech 23 January 2013 announcing his referendum plans, parliament and the house of lords continued to vote down legislation that would make a referendum possible.

It’s only after the Conservatives won the 2015 elections that David Cameron could include an EU referendum in a Queen’s speech. The very next day Foreign Secretary Philip Hammond introduces the European Union Referendum Act 2015 to the House of Commons. It becomes law and receives Royal Assent on 15 December 2015. It took seven attempts before parliament finally passed legislation allowing an in-out referendum.

Let’s move forward to October 2016 where Gina Miller is arguing a case against the Government that legislation is required in order to trigger Article 50. This case created a new law on the basis that only Parliament can take away rights that Parliament has granted.

The first step to cancelling Brexit would therefore be to create legislation that annuls the European Union Referendum Act 2015. In other words, cancel the third referendum ever held in the UK.

Acts of Parliament carry the name of the person who puts it forward to the House. You may remember the Benn Act which was jokingly renamed the surrender bill by Boris Johnson.

Step one of the process to stopping Brexit would be to put a bill to parliament cancelling the legislation which allowed the referendum (European Union Referendum Act 2015) in the first place, let’s call it the Swinson bill. This would be put to a vote in the House of Commons and go on to the House of Lords if it is to become law.

By creating the Swinson Act, Parliament and the House of Lords have conspired to create legislation to nullify a legitimate referendum. A bit of a let-down in terms of upholding democracy to say the least. But, let’s go on.

The next step is for Parliament to cancel the Brexit bill (Notification of Withdrawal – the triggering of Article 50) which was passed by the House of Commons 498 votes to 114 against and the House of Lords voting 274 in favour and 118 against. This bill would also carry the name of some MP, we’ll call it the Corbyn Act.

The government of the day has so far overturned two legislative Acts that were overwhelming voted in by a previous government. They are well within their rights to do this as duly elected members of Parliament.

So, we’re back in the EU. Let’s be optimistic and assume Britain can return to the fold on the same terms as before Article 50 was triggered (which might not be the case).

The majority of British people were not happy with the terms of EU membership (remember the referendum?) and David Cameron talked for more than three years about EU reform which never materialised.

Would the Country be happier with this scenario? 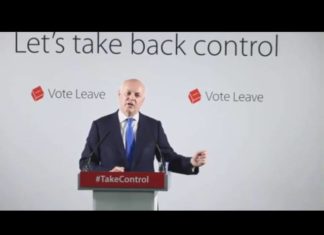 Brexit Chronicles - 01/09/2018
Several Tory Rebels converted to Euroscepticism at the time the Maastricht Treaty was being signed. Iain Duncan Smith (MP Conservative) subsequently boasted of having... 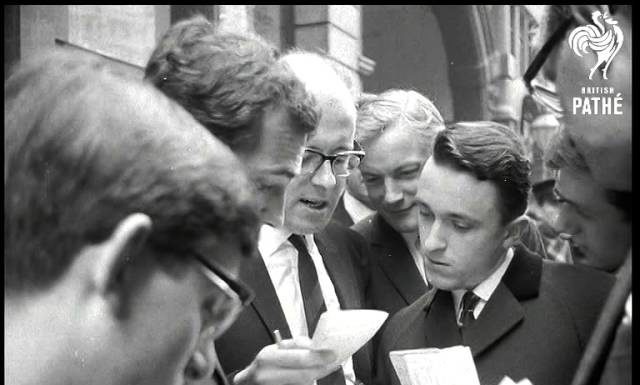